I am now going to resume the story of what has been revealed to me in the period since April 4th, which was the day before Passover here in England.

I have filled up a notepad with notes (they’re good for that), and I am now on to my second notepad. I also was sharing what was happening to me at the time with some contacts, which will prove to be another useful aide-memoire, as so much has happened, it’s hard to remember the precise details and sequence.

So, these posts will reveal who I am in God’s plan, as well as my experiences, and a large number of revelations that God has shown me that I need to share with you to help you prepare for what lies ahead, and to increase your knowledge about our God and His nature and His design and plans. It’s a huge responsibility, so I pray every day for His help with my communications. I have recently written about a number of prophesies, including a prophetic dream I had last year. I have no fear of these prophesies not coming true, as I know how and why I have been shown them and why I was called to make them public, so that readers may come to believe who I am and what I am called to do for our Father.

I had started seeing signs that God was close to me again (like He was last Spring)  in early March, and I shared them in a few posts recently. One of them was that  the last chapter of Malachi had played ‘randomly’ whilst I was teaching a new believer, who was studying Matthew, so we had the last book of the old scriptures and the first book of the new.

Here is what I wrote in response to hearing Malachi 4 play: 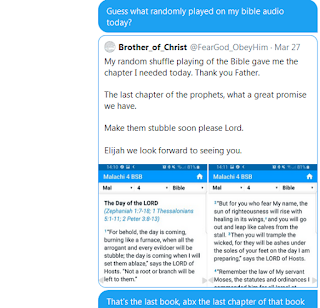 When we reach the conclusion to this part of my story, you will see that my message to Elijah was very interesting indeed.

Having just reviewed the past few weeks, I can see I need to go back to 22nd March, the evening before the lockdown was announced here in England. Although it was fresh and cold and windy, I had visited the golf club of which I have been a member for over 20 years. It was late in the afternoon, and I planned to play 11 holes. Although I hadn’t hit a ball since I was in Morocco back in early February, I was delighted to play these 11 holes in 4 over par, on a cold windy day and with the greens in a terrible condition as they had just been punched with aeration holes. I felt at ease, peaceful, joyful, blessed that evening. Here are a few photos I took, you can perhaps see why I love being at this place (even if my swing is not quite right): 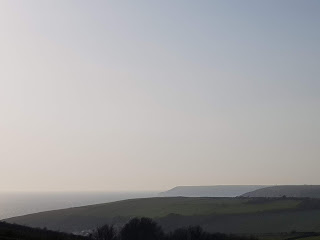 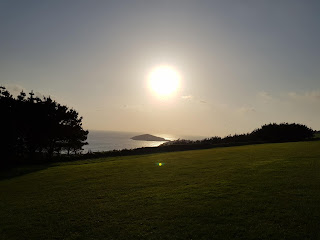 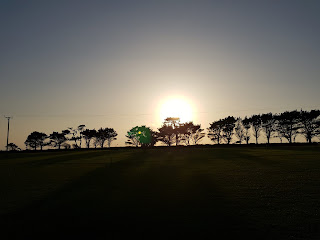 The following day the UK announced a formal lockdown, and I noticed that the Prime Minister specifically mentioned baptisms as one of the activities that was not to be allowed during the lockdown. I became enraged by this, and tweeted about it:

Men’s laws will never sit above those of God’s, if the two are in conflict, we should always go God’s way, even if it costs us our lives. (For those thinking…’oh, but Paul told us to obey earthly authorities’, he was referring to authorities within the faith, not Rome, and recall that Paul was beheaded for his obedience to Christ, what a great man, bless you Paul, I look forward to meeting you soon).

So, my usual feisty self was righteously indignant at the machinations of our evil government against God’s Kingdom.

This post just took an unexpected but welcome trip back in time. I was searching a whatsapp chat with my brother David, using the search term ‘Malachi’ for reasons which will become apparent in due course. As I paged up, I realised I was back at some messages we had exchanged in February last year, whilst I was in Morocco and was having dreams and visions and signs. Here are those messages:

I can remember the scribbling down of all of those chapters, but I don’t recall putting a ring around Malachi 3 at all, nor of telling David that Malachi 3 related to us, and I mentioned robbing God of tithes, perhaps because I had just committed to tithe into my Law Project for God, and the section of Malachi 3 I copied and shared with David (Mycroft) was about a Book of Remembrance, not the tithing. I had forgotten all of this until reminded (by chance, heh) of it today, praise the Lord. So, let me copy in the opening verses of Malachi 3 now:

The Coming Day of Judgment
Lo, I am sending My messenger, And he hath prepared a way before Me, And suddenly come in unto his temple Doth the Lord whom ye are seeking, Even the messenger of the covenant, Whom ye are desiring, Lo, he is coming, said Jehovah of Hosts. 2And who is bearing the day of his coming? And who is standing in his appearing? For he [is] as fire of a refiner, And as soap of a fuller. 3And he hath sat, a refiner and purifier of silver, And he hath purified the sons of Levi, And hath refined them as gold and as silver, And they have been to Jehovah bringing nigh a present in righteousness. 4And sweet to Jehovah hath been the present of Judah and Jerusalem, As in days of old, and as in former years.
5And I have drawn near to you for judgment, And I have been a witness, Making haste against sorcerers, And against adulterers, And against swearers to a falsehood, And against oppressors of the hire of an hireling, Of a widow, and of a fatherless one, And those turning aside a sojourner, And who fear Me not, said Jehovah of Hosts.

Many might mistakenly think that this messenger is Christ returning, and many versions have capitalised ‘Messenger’ incorrectly. I have used the Young’s literal version above, and it is all about the messenger sent to purify the sons of Levi (more on this later). To make them righteous, and to give the message of the new covenant (the law written on our hearts, Jeremiah 31:31). The Lord (whom the messenger is seeking) will ‘suddenly come in unto his temple’.
God will draw near to the messenger for judgement, and be a witness against sorcerers, adulterers, swearers to a falsehood (liars), oppressors of employees, of widows and orphans, and those who don’t help sojourners. And, those who don’t fear the Lord. An open tab on my PC shows a Twitter interaction I had just today regarding ‘fearing God’, and you’ll know I am terrified of Him. Here are some screenshots, you’ll note that my home is listed as ‘temple of Our Father’, something I changed a couple of weeks ago: 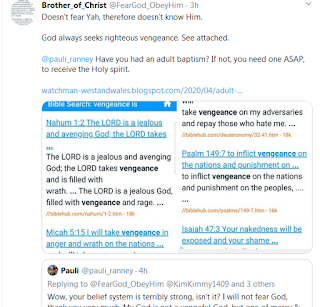 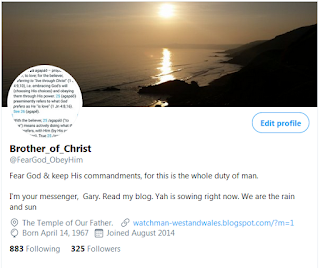 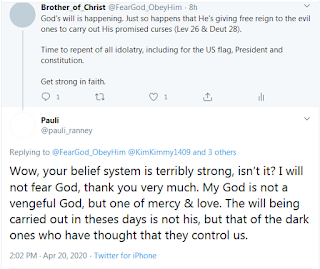 I have mentioned very often here at the blog and on Twitter that fear of God is natural, He’s worthy of great fear, He can do terrible things to those who disobey Him. Also, fear of God is the path to wisdom.

‘The fear of the LORD is the beginning of wisdom; all who follow His precepts gain rich understanding. His praise endures forever!’

Fear leads to wisdom, all who follow His laws gain rich understanding too. His praise does indeed endure forever, thankfully.

I am going to finish this post there, and remove what I’d written below, which began the story at Friday 3rd April, as little did I know that the story goes back over a year. Some of you will be starting to grasp what I am about to reveal about my role, but I will let it come out as the story progresses. As I have written today I have been listening to an album by Damon Albarn, and the songs have links to my past, including places and holidays and spiritual matters too. All quite incredible (again), but this is becoming the norm for me these days. Nevertheless, I am most impressed with God’s power to move in this way, if you ever doubt His unlimited power, please don’t, He has such fun inspiring song-writers to tell His stories.

I’ll give you a small gift, a revelation that was given to me, it’s quite a funny thing too, showing that our Father has a great sense of humour. He also plays about with languages, transliterating from Hebrew into English or Greek and back again sometimes. Once you know His ways, you can see all sorts of hidden meaning in scripture and elsewhere.

The phrase ‘Know what I’m sayin’ is very common isn’t it?

It’s actually God telling us who He is:

Yes, zayin is the 7th letter in the Hebrew alphabet, and it looks like the number 7 too, as well as sounding like the word seven, which is God’s number of perfection. How cool is that, and I am pleased to share this revelation with you, given to me as a ‘thought injection’ when I was looking at some 777s yesterday on twitter.  Thank you Father, again, for sharing with me and using me.

Ok, so I can’t copy and paste from that webpage, which is very unusual, but I do suggest you go and read about the significance of this number, it’s incredible: God, Jesus, sword, food, and much more besides (including an over-sized zayin in Malachi 4:4. As a reminder, it’s always been my favourite number too, from childhood.

That’s all for today, I plan to put up something on the blog every day, but it depends on events. I’ll note quickly that stock markets resumed their slide today, as prophesied, on 20th April, and the crash days should be 1st May and 4th May.
May our Heavenly Father keep you safe and well and strong in your faith, and may He be blessed in all of His work and plans, and His glorious son, the Lord Yoshua (Jesus) too. Amen.